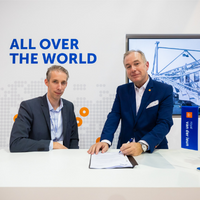 Not only Europort and host Rotterdam Ahoy are celebrating their 40th and 50th anniversary this year, but there are also companies among the exhibitors that have something to celebrate: GMS Instruments has existed for 50 years and Royal Van der Leun even 100 years. Congratulations!

GMS Instruments started 50 years ago as General Marine Service in Schiedam. And immediately the company presented itself in 1971 at the very first edition of Europort (see top photo). GMS has not skipped an edition since then. Last night at the GMS Industries booth, while enjoying a snack and a drink, the company celebrated its 50th anniversary and that it was at Europort for the 40th time.

"GMS Instruments is a specialist in measuring, regulating and controlling instruments for shipping and offshore,” says Milan Boer, marketing manager. "And we don't just supply these measuring instruments, we also calibrate, certify and repair them.”

GMS started selling and servicing pressure gauges 50 years ago. Subsequently, the product range was expanded considerably, as was the workforce. About 45 people now work there. Boer: "All our service employees and salespeople are trained by the manufacturers from whom we source our products.”

GMS is also noticing the trend that shipping is becoming more sustainable and that engines are becoming more efficient. "Our instruments are indispensable for analyzing engines and running them as economically as possible,” explains Managing Director Bart de Haan. "We have equipment that can measure exhaust gases and engine powers. This allows the process of the engine to be optimized and exhaust gases cleaner. These are real solutions that our customers are looking for.”

It is not without reason that GMS also sponsors the TU Delft Solar Boat Team, which designed a hydrogen-powered ship this year. "They use our measuring equipment for this,” says Boer.

Europort has been important to GMS in all those years, says De Haan. "We are therefore very happy to be here again. You notice that everyone has missed each other very much in the past two years. The joy of seeing each other again prevails. And just like previous editions, we are here for relationship management, but just as well we meet new customers and we have very good contact with other exhibitors.”

Royal van der Leun
Light bulb and radio salesman Jan Cornelis van der Leun was the founder of Royal van der Leun in 1920 when he started replacing gas lamps with electric lighting in Sliedrecht. Soon after the opening of his shop in the port of Sliedrecht, he was also asked to repair inland vessels. In the years that followed, Van der Leun became increasingly active in this market. His sons Leendert and Marinus developed the company into a serious player in the construction and maritime industry.

The company grew in size by joining the famous Sliedrecht dredging industry. For years no dredger left the harbor without Van der Leun's technology.

In the sixties of the last century, things went less well and that was the moment that an investor stepped on board: Mr De Baat. The company was then led by financial director Leo de Groot and technical director Marius den Breejen, who later took over the shares. Den Breejen eventually bought out De Groot and Van der Leun continued alone. In 1991 he passed on the business to his sons Bert and Martin. Bert left the company in 1996 and Martin den Breejen has been CEO ever since.

Construction, dredging, offshore and maritime industry
He then expanded the company from an electrical service provider with a turnover of 4 million euros to the current Van der Leun: a global player that works with 230 specialists on installation projects in the construction, dredging, offshore and maritime industry. The specialisms are divided into three divisions: Electrical Marine Systems, Industrial Electrical Systems and Metalworking. The divisions independently serve their own markets and together they form the strong and versatile basis of Van der Leun. "In fact, we've been following our major customers over the past few years. As a result, we have offices in China, Singapore, Vietnam, Brazil, the US, the Middle East, Romania and Russia. That way you can produce locally and delivery times are shorter. And the ecological footprint is decreasing,” explains Den Breejen.

Royal
When the company celebrated its 100th anniversary this year, Den Breejen applied for the designation 'Royal’. Since then, the company has been called Royal van der Leun. "I am proud of that,” says Den Breejen. "Not only does it show that you are a stable company that has its affairs in order, 'Royal’ instills a lot of confidence - especially abroad and in our sector."

Van der Leun therefore has something to celebrate at Europort, where they have been a regular exhibitor since the 1990s. Den Breejen, pointing to a switchboard developed in-house: "Europort is the most important trade fair for us. We maintain relationships with existing customers here, but new customers also know where to find us. It is not without reason that we also show some innovations and new products at our booth.” 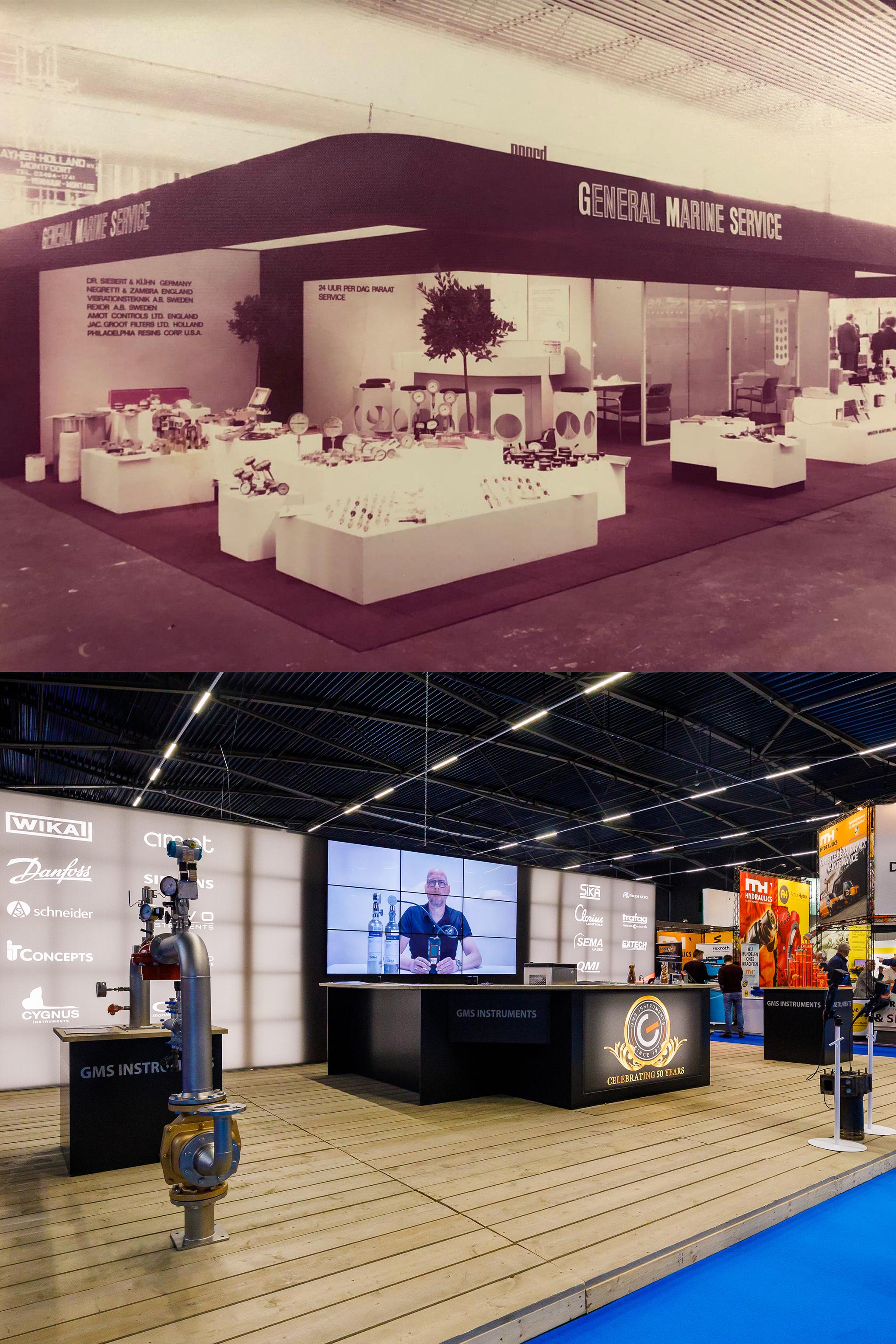 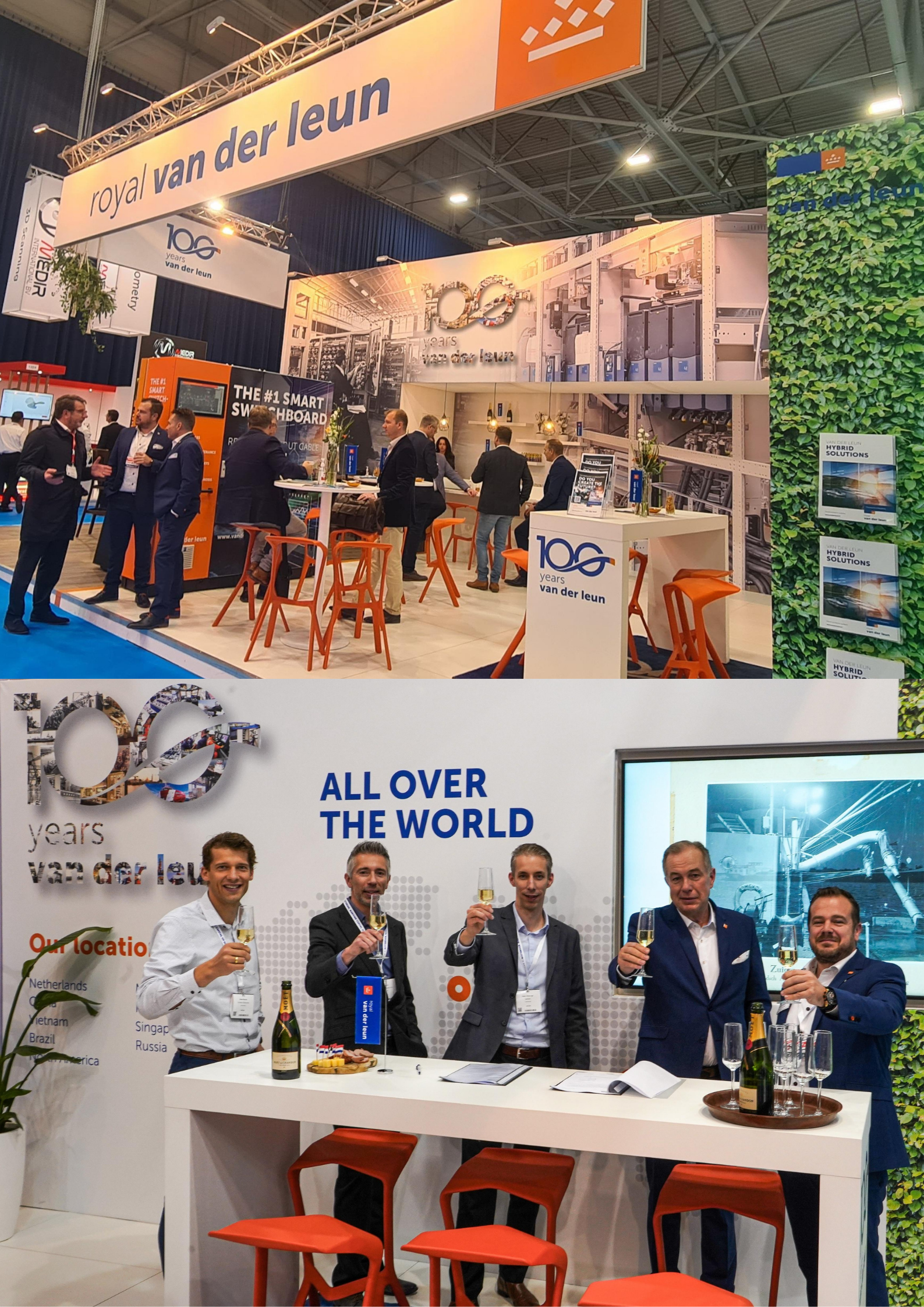